SunPatiens: Breakthrough agreement signed by the Republic of Indonesia (IAARD) and Sakata Seed Corporation for cooperation in the production of Interspecific hybrid impatiens based on the principles of the Convention on Biological Diversity

Sakata Seed Corporation and the Indonesian government have formally agreed on the utilization of indigenous genetic resources for the further development of SunPatiens® =PHOTO=. This agreement is based on the Convention on Biological Diversity (hereafter, CBD). There are only a few cases known in the world of such an agreement based on CBD in the category of horticultural plants, made between a resource-rich country and a commercial seed company. 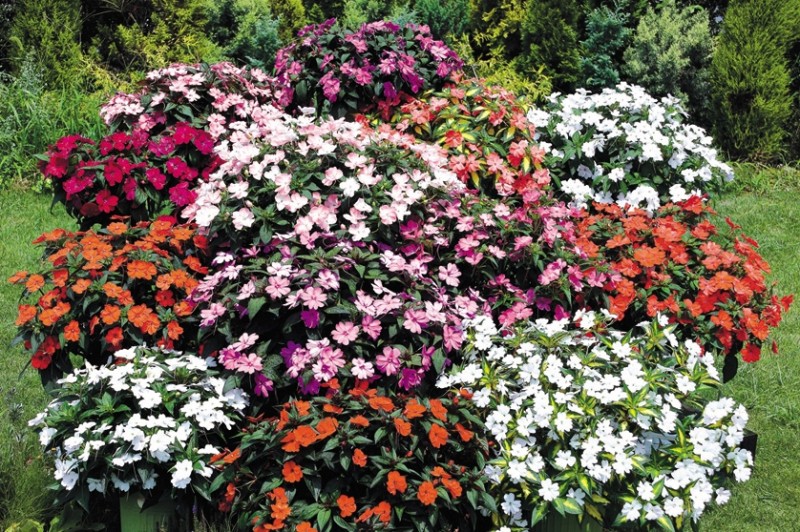 SunPatiens offered by Sakata Seed Corporation, is an assortment of garden flowers that was developed in line with the principles of CBD, in collaboration with the Indonesian Agency for Agricultural Research and Development (IAARD) for access to its native resources. SunPatiens uses the breeding material of Indonesia’s native species of Impatiens.

SunPatiens was commercially launched in 2006, and has grown to be recognized worldwide as one of the best performing flowering annuals in its category, especially in Japan, Europe and North and South America. Part of the revenue generated from sales of the product is being allocated based on the agreement for Access and Benefit-Sharing for utilization of genetic resources (hereafter, ABS agreement). Sakata pays a share of the SunPatiens royalty proceeds to the Indonesian government and, in addition, performs technology transfer as a non-monetary benefit sharing.

In 2014, the two parties updated the collaboration and implemented an innovative joint research project based on the new national measures. In 2016, both parties will continue to collaborate and will proceed with joint research of Indonesia and Sakata that will further contribute to the development of even better cooperative structures for the utilization of genetic resources and the conservation and utilization of biological diversity as an irreplaceable heritage of humankind.

Convention on Biological Diversity and the initiatives of Sakata Seed Corporation

In the past we have worked for developing genetic resources on the basis of the Convention on Biological Diversity. The garden plant "Mecardonia yellow chrosite" of the Scrophulariaceae family, released in November 2007, was developed by our company on the basis of the joint exploration of genetic resources by the Argentina's National Agricultural Technology Institute (INTA) and Sakata Seed Corporation. Part of the revenue from the product has been returned to Argentina based on the Agreement for Access and Benefit-Sharing of genetic resources from the Convention on Biological Diversity and helps protect the country’s biological resources.

In the next five years we are going to provide breeding support to the Indonesian Ornamental Crops Research Institute (IOCRI). In addition to having our breeders given lectures on breeding technology to IOCRI, the two parties are planning to conduct joint collection, evaluation and selection for the genetic resources in Indonesia. It should be noted that the company possesses preferential rights for commercialization of the new superior varieties which IOCRI obtains from our support.

SunPatiens, an interspecific hybrid of the Balsaminaceae family Impatiens genus, is a garden plant developed with Sakata’s breeding techniques. Currently, there are about 30 varieties sold worldwide. Its greatest features are the breakthrough growth vigor, the high heat tolerance withstanding the high temperatures and strong sunlight of summer, and the chance to enjoy a continuous bloom of vivid flowers for an extended period of time.
It produces large plants of about 60cm in pot and about 1m in bedding. The extremely vivid color range includes orange, white, pink and red. Moreover, thanks to its strong roots the plant stands up to high winds and its thick petals endure wind and rain. With such features it is perfect for the garden, of course, as well as for flower beds in parks and plantings in public institutions. Since its launch in 2006, the high-performance of "SunPatiens" is receiving worldwide praise from gardening enthusiasts and landscape architects, coming from Japan, North America, Europe, and South America. With worldwide cumulative total sales exceeding 100 million plants, it is spreading around the world as a new standard for horticultural plants.